OK, they are here to stay. So we have to find a way to construct the long shadows, although they remind us of our dear drop cap effects from the computer stone age, featured in software named "TypeStyler“ or the like.

What's good about it: it's fairly simple to do this in Illustrator. And you actually don't need to do all these cleaning processes like selecting and deleting thousands of anchorpoints along the edges, if you just follow along the technique I'm demonstrating here.

In case you're using Illustrator CS6 or CC, you can also install a plugin for this: http://63mutants.com/subc/products/opo_m01/opo_m01.php

For users of version CC2017 and up there is an even better solution (because live effect and better customizable than my solution): Astute Graphics Stylism plugin with Block shadow option

You can apply this to live text and most other objects as well. Experiment with it. And in case you need to have the shadow point into other directions you need to use different values for both of the effect. The value of 173,4° will play a role in any of them.

Using "Isometric bottom" preset in the 3D effect and the same transform values as described above you can get the shadow to drop to the top left. 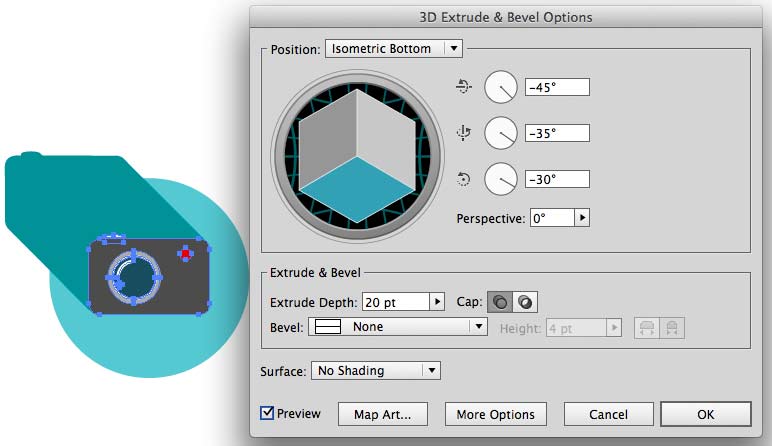 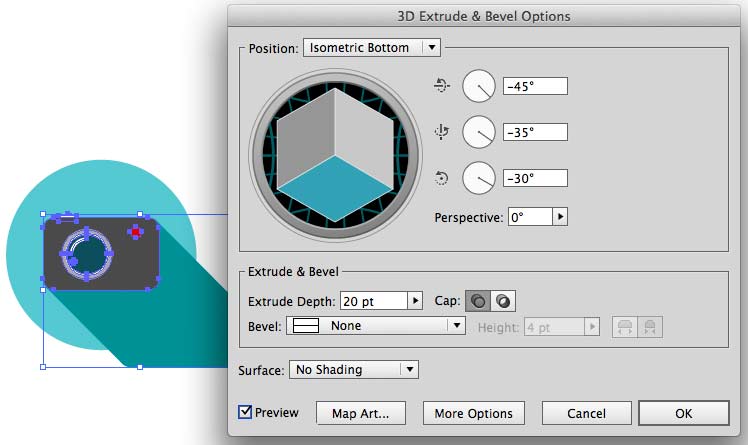 To get the shadow to the top right, you need to first apply the 3D effect with the "isometric left" setting. 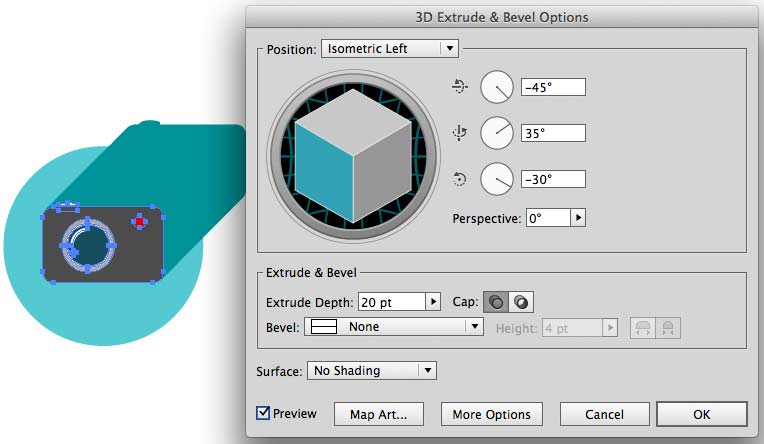 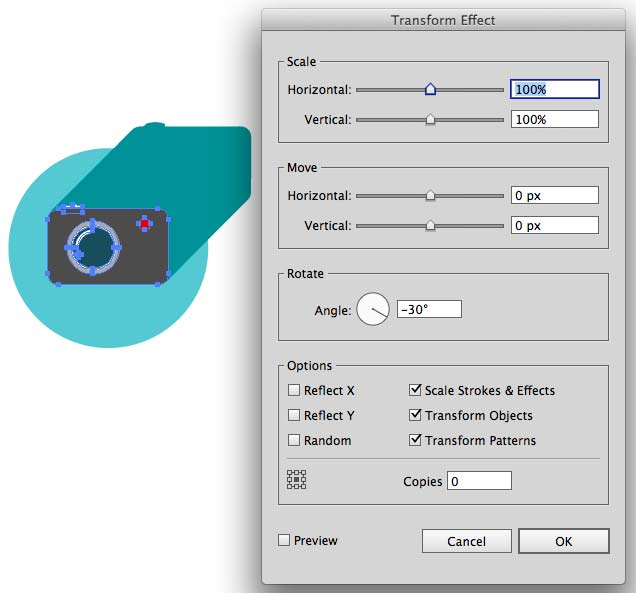 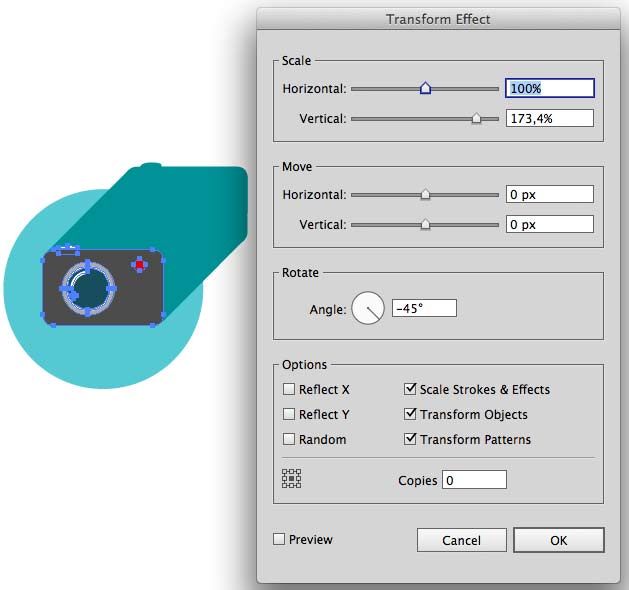