What are the differences between Pathfinder and Shapebuilder in Adobe Illustrator? When do you use one over the other?

Adobe Illustrator is more than 30 years old. Each year new features are added, sometimes replacing older functions, but most of the time just adding to your toolbox. This not just happening because they are included in existing actions and you're accustomed to them.

One of the most important parts of any vector application is construction. And since the introduction of Boolean operations (yes, there was a time before pathfinders) a lot has happened. But do the new inventions make the pathfinders obsolete?

An interesting question crossed my way on Quora this week:

What are the differences between Pathfinder and Shape Builder in Adobe Illustrator? When do you use one over the other?

I have elaborated my answer a bit since then.

First of all those two are not the only tools respectively functions for the purpose of construction, i.e. combining or subtracting shapes in some more or less complex way.

There are (in the order of appearance):

The functions in the Pathfinder panel are great with complex artwork with a lot of paths that needs to be processed quickly.

The ones in the upper row are more generally referred to as Boolean operations. Especially the ones in the bottom row require some inside knowledge, but it’s totally worth it. You need to know what you want before you apply them. Often you have to clean up afterwards, but it’s still worth it because they are *that* efficient and also it can be cleaned up efficiently when you know how to approach that.

A special way of "aligning" objects

Some Pathfinder functions create compound paths. These are the oldest construction feature in vector artwork and you need them for basic things such as punching holes into paths oder for connecting multiple paths in order to form letters such as the i. You also need them to mask something with many paths. Every vector app supports them. Compound Paths can be created by simply selecting the paths and using a shortcut, which is much quicker then pulling up the Pathfinder panel and pressing a button. What happens is still the same.

What is the difference between Compound Paths and Compound Shapes?

Compound shapes can be created with the top button row of the pathfinder panel (by pressing alt while clicking the button). You can combine paths, live text and symbol instances. You can stack their hierarchy, that is you can first add, then subtract another shape from an existing compound shape and so on. The base shapes are also editable and can have effects applied, but since a compound shape can only have one color, it’s not as flexible as a live paint group.

Compound shapes are not only important when you want your artwork to stay editable, since the Pathfinder functions can thouroughly ruin your shapebuilding. Usually when building artwork you will add and then subtract and then add again and so on and while doing this, paths might just vanish. This doesn't happen when creating compound shapes. You can find an explanation of that behaviour in these videos: 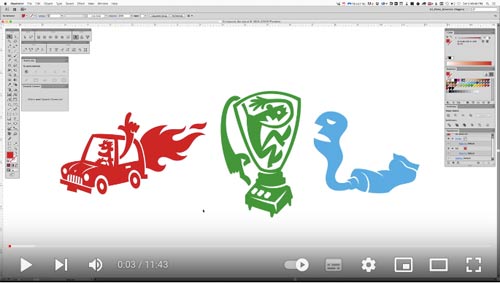 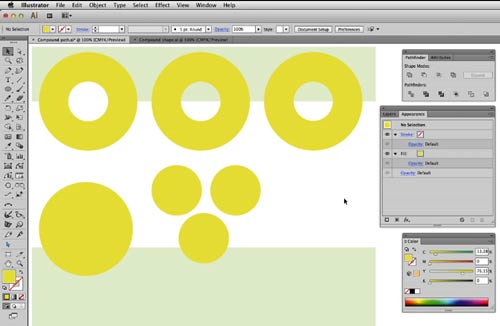 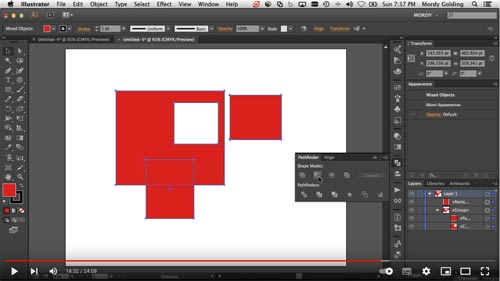 Pathfinder effects work like pathfinder functions from the panel, but can be applied inside the appearance stack of one object e.g. to one of the fills or strokes. They can be applied to shapes that have been generated by a different effect that has been applied before them. Very funky, very efficient, but you really need to know what you’re doing or it won’t work at all.

Why does my pathfinder not work?

This tutorial shows an example where pathfinder effects are applied: 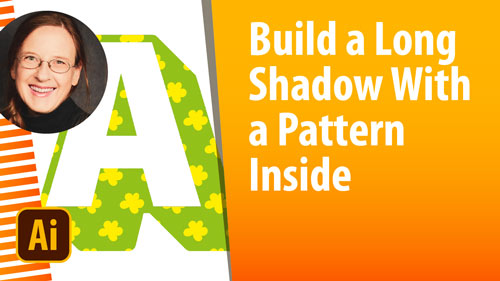 Live paint – the more general term is flood fill - was the first tool you could use to fill areas that are not inside one path, but that are just enclosed by several paths. The tool works quite similar to the shapebuilder tool, but the result is editable. You can show it to the client and then make any necessary changes to the building blocks of the artwork even years after creating it. It’s well suited for experimenting with shapes. You start off with something and it stays fully editable, you can change your mind, but still see the complete artwork along the creative journey. Added bonus: when identical paths or segments are stacked, then live paint still produces a clean result, which both the shapebuilder tool and pathfinders can't do.

This shows how to build with Live paint (on youtube): 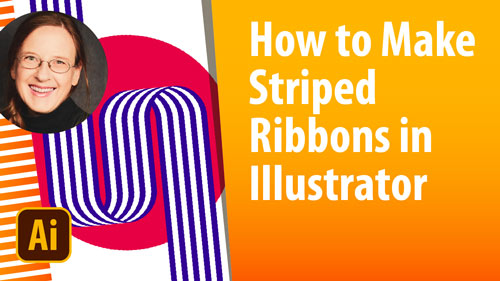 Shapebuilder is a quick and simple tool if you want to combine them/subtract the shapes and no change is planned to be made to the result. It's also great in order to just cut off overlapping lines. For cutting off and then joining paths at intersections you should definitely also take a look at the Join tool. It's often overlooking, but it's a gem.

The Shaper tool works somewhat like live paint, but is better suited for touch systems such as the Microsoft Surface and it can act quite funky sometimes, since it's always important on which shape you start dragging – top or bottom, fully enclosed or not – and which fill is applied to it.